We fit this tech giant's expansive career into two pages.

Whether you love him or hate him, there is no denying that Elon Musk is a cultural icon with a career that will go down in history. From selling his first video game for $500 at the age of 12 to shooting his cherry red Tesla Roadster into Martian orbit and inspiring Robert Downey Jr.'s portrayal of Tony Stark in the "Iron Man" films, Musk continuously pushes the boundaries of what it means to be a modern-day entrepreneur — while sparking controversy along the way.

Born on June 28, 1971 in Pretoria, South Africa, Musk moved to Canada with his mother, brother, and sister at the age of 17 to avoid the military service that was mandatory at the time. He spent two years studying at Queen's University in Kingston, Ontario before finishing his studies at the University of Pennsylvania, graduating with a degree in physics and economics. After graduating, Musk was set to get his doctorate at Stanford University, but deferred after two days in the program to pursue his entrepreneurial goals and passions.

Musk's college deferment kickstarted his decades-long career of founding and leading multiple tech companies and startups. Some of his earliest companies included Zip2 and X.com, an online banking company that partnered with Confinity to create PayPal.

Musk then created his company SpaceX (who's currently working with NASA with the long-term goal to colonize Mars), became an initial investor in and co-founder of Tesla (which he is now CEO of), and formed the idea for SolarCity. In the 2010s, Musk founded and co-founded three companies: OpenAI, NeuraLink, and The Boring Company, the last of which is creating a network of tunnels under and around cities for high-speed, no-traffic driving.

Musk is currently the seventh-richest person in the world after Tesla's stock surged to an all-time high, nudging his net worth to $70.5 billion. But all of this doesn't come without controversy. Along with his 2018 tweets about taking Tesla private and the defamation case against him, his most recent antics include spreading misinformation about the COVID-19 pandemic, confusion over whether or not he delivered promised ventilators, and keeping his businesses open during lockdown.

With such an expansive career, you're probably wondering what Musk's resume might look like. We were too, so we tasked one of our expert resume writers, Billie, to craft it. She developed a concise two-page document focused on his high points, specifically where he has been able to navigate and negotiate visionary business developments through the use of his celebrity and his ability to generate public, stakeholder, and board support. She also offered some fun details to showcase how he has become a cultural icon for many.

Check out his full resume here: 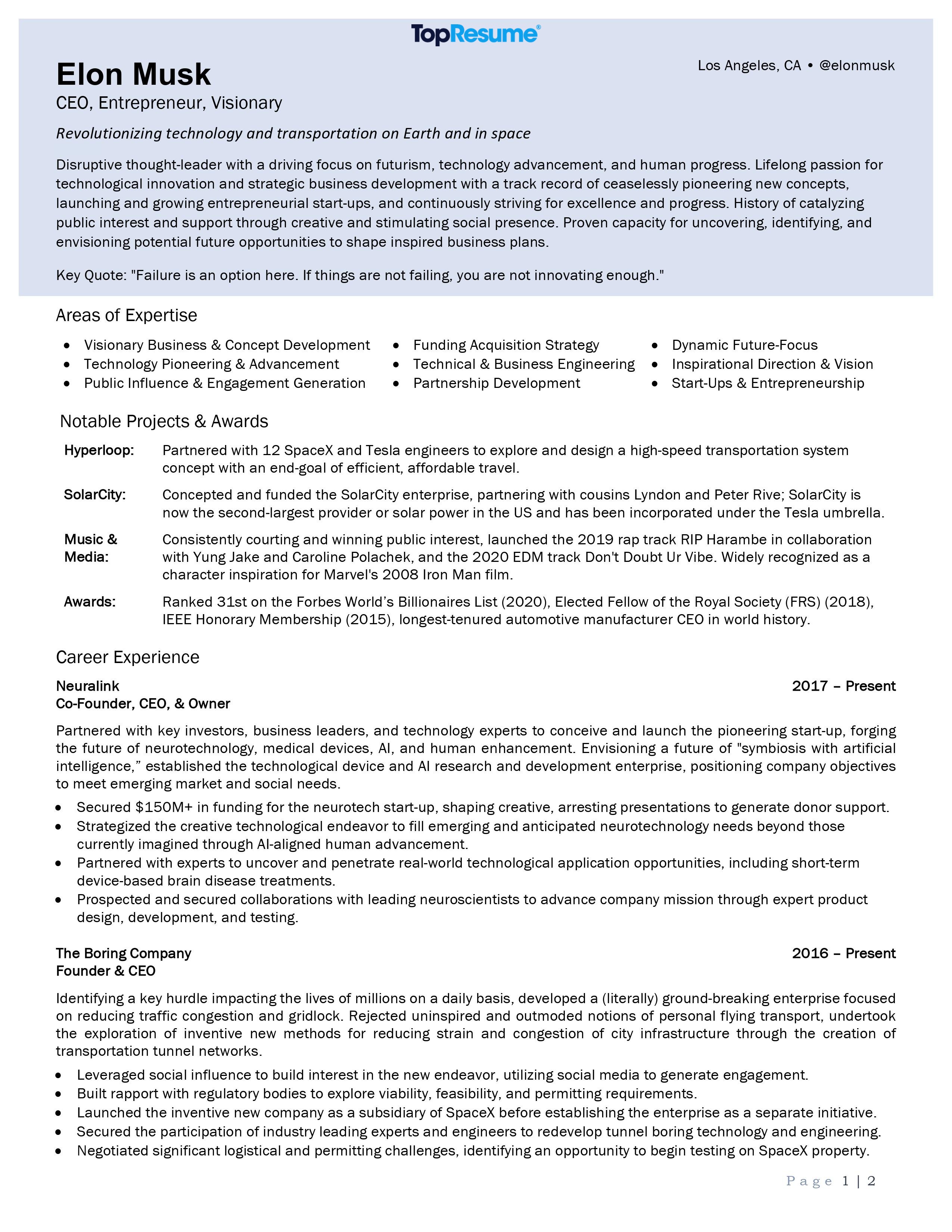 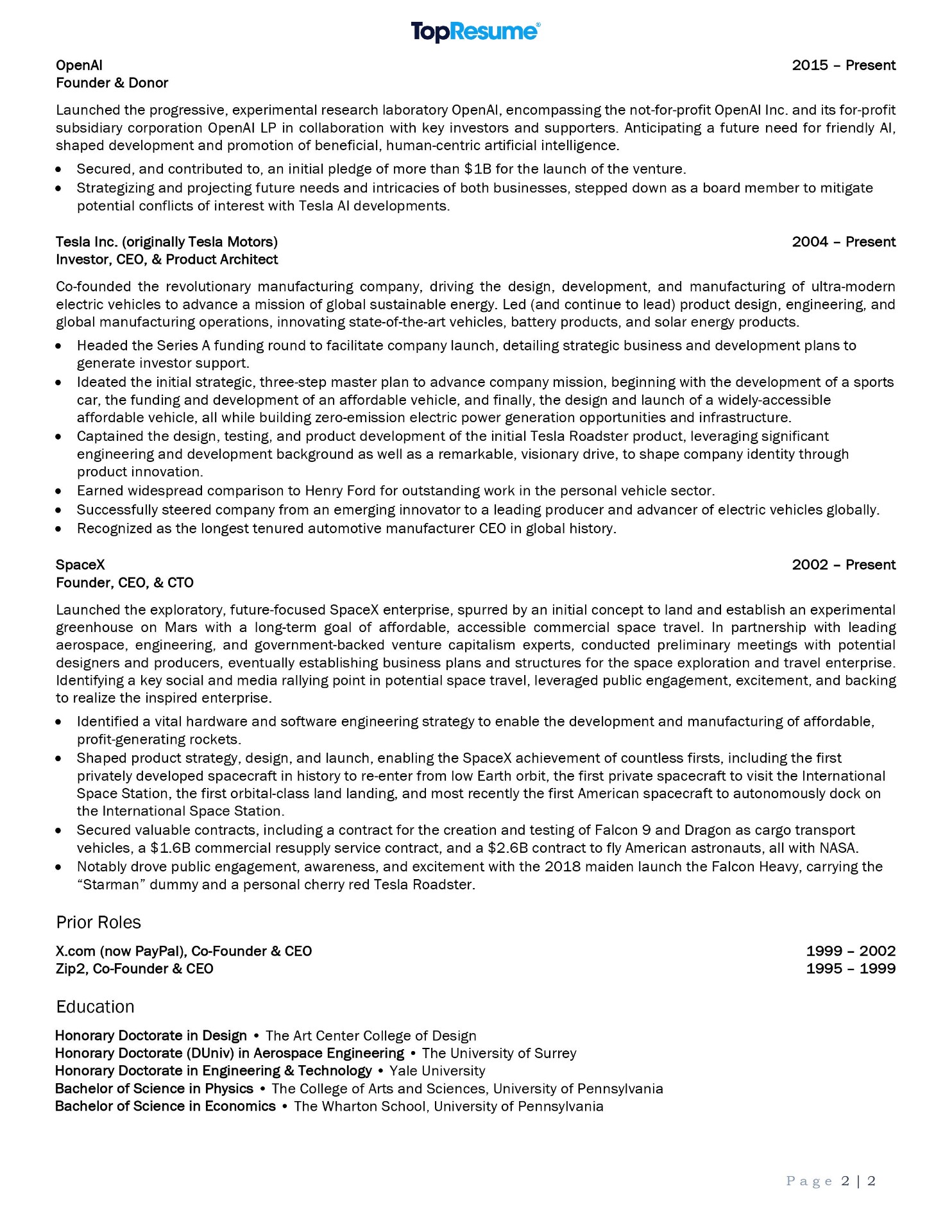 Like Elon Musk's resume? Our professional writers can help you with yours today!

A Qualified Candidate Finally Gets the Resume That Shows Her Off

A Seasoned Executive Assistant Gets a Job-Search Revamp